CDK 4/6 Inhibitors - Evolution of the Paradigm 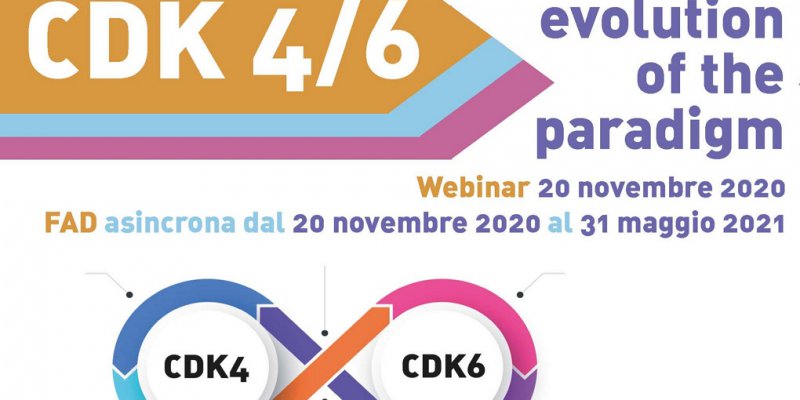 CDK4 and CDK6 are cyclin-dependent kinases that control the transition between the G1 and S phases of the cell cycle. The S phase is the period during which the cell synthesizes new DNA and prepares itself to divide during the process of mitosis. CDK4/6 activity is typically deregulated and overactive in cancer cells. There can be amplification or overexpression of the genes encoding cyclins or of the genes encoding the CDKs themselves. Additionally, loss of endogenous INK4 inhibitors, by gene deletion, mutation, or promoter hypermethylation, can also lead to overactivity of CDK4 and CDK6. A major target of CDK4 and CDK6 during cell-cycle progression is the retinoblastoma protein (Rb). When Rb is phosphorylated, its growth-suppressive properties are inactivated. Selective CDK4/6 inhibitors “turn off” these kinases and dephosphorylate Rb, resulting in a block of cell-cycle progression in mid-G1. This causes cell-cycle arrest and prevents the proliferation of cancer cells. Although the initial response to a selective CDK4/6 inhibitor is typically cell-cycle arrest, in some cases arrested cells enter a state of senescence. Understanding the determinants of whether a cell undergoes reversible G1 arrest or enters a senescent state is an important research area. Cancer cells entering senescence may undergo gradual regression over time; it is in such cancers that CDK4/6 inhibitors may produce the greatest clinical benefit. This mechanism of action is known in estrogen receptor– positive breast cancer and seems to be dependent upon CDK4 for proliferation. To date, estrogen receptor–positive breast cancer is the malignancy for which this class of drugs has proven most effective and for which we have the most mature data from randomized trials comparing these drugs with endocrine therapy alone. Besides abemaciclib demonstrated an important activity in endocrine-resistant patients thus determining a survival prolongation delaying the time to chemotherapy. These results had never been seen in these setting of patients.    This meeting would like to review the mechanisms of action and efficacy of these drugs in order to evidence the best choice in clinical management of estrogen receptor–positive metastatic breast cancer with special point of view in their future development.